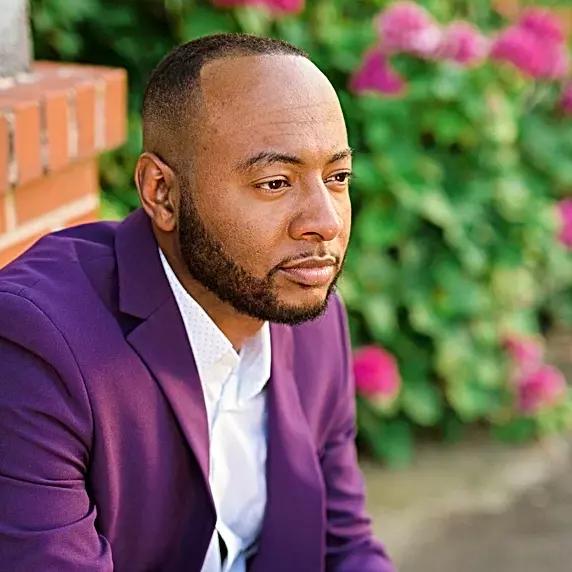 Dr. Christopher H. Harris, native of Fort Worth, Texas, is a music educator, clinician, conductor, performer, and choral composer. Currently, Harris is the Director of Choral Activities and Assistant Professor of Music at Arkansas Tech University where he conducts the ATU Choral Artists, University Singers, and University Men’s and Women’s Choruses and teaches courses in Choral Methods, Choral Conducting, and Choral Arranging. He received his PhD in Choral Music Education from Florida State University in Tallahassee, FL, his Master’s in Choral Conducting from Ithaca College in Ithaca, NY, and his Bachelor’s in Music Education from Texas Southern University in Houston, TX. Prior to entering graduate school, Harris enjoyed several years of successful public school teaching in Houston, Texas. His choirs received numerous sweepstakes awards at state UIL competition as well as honors to perform with the Bay Area Chorus.

Harris is the founder of the Houston Master Singers and has served as the Assistant Director for the Houston Ebony Opera Guild. He is active as an adjudicator and has presented numerous sessions on choral rehearsal techniques at state and regional conventions. He is a published composer with several accolades including winner of both the Eastern and National Divisions of the 2013 National Association for Music Education Composition Competition, and the Grand Prize Winner of the 2016 Ithaca College Choral Composition Competition. His music has been performed internationally by mixed, men’s, and treble choirs of varied ages and abilities.

As a performer Christopher has performed as guest baritone soloist for concerts with the Texas Southern University Choir, the Houston Ebony Opera Guild, the Houston Symphony Chorus, the 2013 Owego School District’s Production of Faure’s Requiem, with choirs from Florida State University, and the Tallahassee Community Chorus. Harris was guest soloist with the ATU Symphonic Wind Ensemble for their performance at the Southwestern Division of the College Band Directors National Association Convention in Houston, Texas in March 2018.

Choirs under Harris’ direction have received several performance honors this academic year. The ATU Choral Artists will perform with Arkansas Baroque Music, Inc. in October 2019 and April 2020, at the National Collegiate Choral Organization Conference in November 2019, at the Arkansas All-State Music Conference in February 2020, and at Carnegie Hall in May 2020.